A collection of the best Henry David Thoreau quotations. 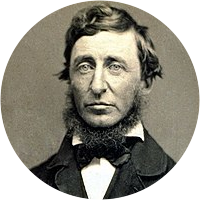 success what is success

(Thoreau means that people should not borrow too much money; instead, live a life of simplicity.)

know yourself losing our way

life as a journey