A collection of the best Lady Blessington quotations. 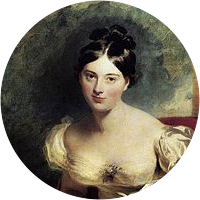 men and women head and heart