A collection of the best Honoré de Balzac quotations. 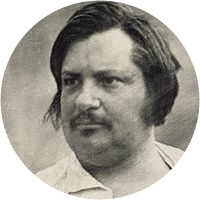 dealing with people be yourself