A collection of the best Albert Einstein quotations. 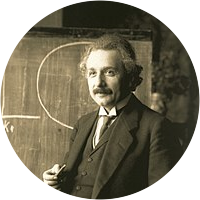 (Einstein was expressing regret at the development of nuclear bombs. The quote begins: "The release of atom power has changed everything except our way of thinking... the solution to this problem lies in the heart of mankind. If only I had known, I should have become a watchmaker.")

how to live life miracles

(writing in his diaries about his visit to Palestine on his way back from Japan in 1923. Einstein himself was Jewish and was a supporter of Zionist causes.)

(Writing in his diary describing a Chinese fishing village he saw. Interestingly, Einstein went on to write, "Incidentally, they supposedly carried out a successful wage strike with remarkably good organization a while ago.", which suggests he realized they weren't obtuse after all.)

(diary entry from Feb 5, 1923 describing his visit to Palestine where his ship docked during his return trip to Europe from Japan.)

(Einstein wrote this in Colombo where his ship had docked.)