A collection of the best Hector Hugh Munro quotations. 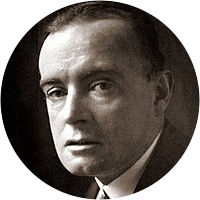 (on an unwelcome guest)