A collection of the best George Orwell quotations. 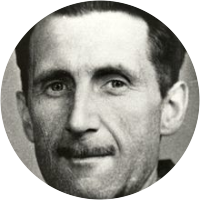 (George Orwell wrote this in his famous essay 'Politics and the English Language'. He wrote that writers can "often be in doubt about the effect of a word or a phrase, and one needs rules that one can rely on when instinct fails.")