A collection of the best Alexandre Dumas quotations. 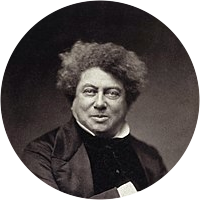 (Dumas was a person of color and had mixed ancestry—his father was a French nobleman and his mother was an African slave. This was his reply to an impertinent upstart who asked him with a sneer, "Who was your father?")