A collection of the best Terence McKenna quotations. 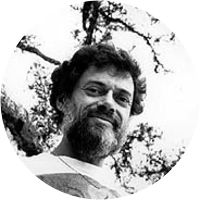 (McKenna died of brain cancer at the age of 53. He was a lifelong user of cannabis and also used psychedlic drugs in his youth. While he was worried that these may have been the cause of his brain cancer, his doctors assured him that wasn't the case.)