A collection of the best Art Buchwald quotations. 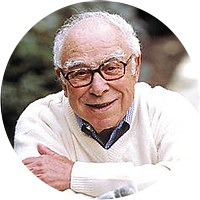 (Buchwald, a humorist and Washington Post commentator, said this of U.S. President Lyndon B. Johnson in 1966. He used this line for other presidents also over time. He was implying that a president in trouble meant more material for him.)