A collection of the best Joseph Telushkin quotations. 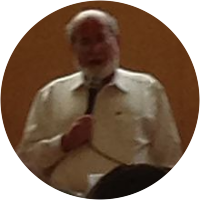 (Rabbi Telushkin cites Shabbat 31a from the Talmud, which says that when a person is brought before the heavenly court for judgment, the first question is whether you conducted your [business] affairs honestly. It's not whether you believed in God, or studied the Torah or practiced rituals.)